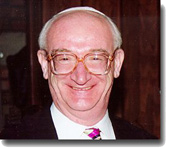 Cantor Kalman Fliegelman came to our Congregation in the Fall of 1962 and was TBT’s cantor for over 55 years. Upon his retirement om June 30th 2017, Cantor Fliegelman earned the honorable title of Cantor Emeritus, the first such distinction given at Temple Beth Torah.

Born in Poland, Cantor Fliegelman sang with a choir from the age of 11, about the time he first arrived in the United States. He studied Nusach (liturgical music) with Cantor Abraham Abramowitz, the famed choir leader, and was among the few selected for training by the world-renowned Cantor David Kusevitsky. Cantor Fliegelman, who was a featured vocalist on radio station WEVD on the popular Jewish Hour, is a member of both the Jewish Cantors and Ministers Association, and the Cantors Assembly of the Jewish Theological Seminary of America. He is a graduate of City College of New York.

In 1985, Cantor Fliegelman was installed as an Honorary Fellow of the Cantors Institute in recognition of his long service to the Congregation and to the world music.

Cantor Fliegelman and his wife Carol are the parents of Larry and Stuart, and daughter-in-law Jodi, and the proud grandparents of Noah and Hali.

Carol Fliegelman, who has taught our Hebrew School Bet class for many years, is the recipient of a special award from Hebrew Union College, which recognized her as a ‘master teacher.’