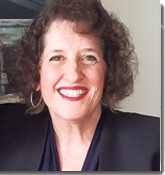 Cantor Carol Chesler came to our Congregation in the Summer of 2017.

Cantor Carol Chesler, mezzo soprano, was raised in St. Louis, Missouri. She received her first guitar at the ripe old age of 9, and developed a strong desire to become a folk singer and classical guitarist. Cantor Chesler studied music at the College-Conservatory of Music at the University of Cincinnati, graduating Magna Cum Laude, and then went on to pursue a career in Jewish music education and Jewish communal services in the Chicago area. She worked for Hillel, serving Jewish college students, as well as a number of synagogues as music teacher, song-leader and children’s service leader. To learn her way around the city, she performed singing telegrams.

When the Jewish Theological Seminary decided to allow women to become invested as cantors, Cantor Chesler decided to audition, was accepted, and then left for a year of study in Jerusalem, where she met her husband, Barry, a rabbinical student. They married the following year, graduated from JTS 3 years later, and moved to Long Island to serve the Malverne Jewish Center as a rabbi-cantor couple. During their 6 years in Malverne, Cantor Chesler served several other local congregations as Bar/Bat Mitzvah tutor, music teacher, and adult-ed programmer. She then served the Huntington Jewish Center for 12 years as a full-time cantor.

Recently, Cantor Chesler has tutored B’nai Mitzvah at several Long Island congregations. She is also the music director at Camp Ramah in the Berkshires each summer, since 2002. In addition, this past year, she served as cantor of Temple Isaiah in Stony Brook. Cantor Chesler taught music to pre-schoolers at the Growing Tree Nursery School in Roslyn and at the Sid Jacobson JCC in East Hills and led Jewish family programming there as well. Finally, she leads a weekly Shabbat service for the residents at the Bristal Assisted Living in New Hyde Park.

Cantor Chesler is thrilled to be joining the Temple Beth Torah family as its new full-time hazzan.