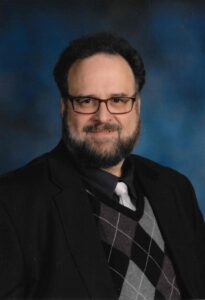 Rav-Hazzan Scott Sokol is Head of School at the Schechter School of Long Island. Sokol has a BA from Brandeis University (Psychology – Summa cum Laude), MA and PhD degrees from Johns Hopkins University (Cognitive Neuropsychology), MSM and cantorial investiture from the Jewish Theological Seminary and ordination from the Rabbinical Seminary International. Prior to his day
school leadership, he spent a dozen years on the clinical and academic faculties of Massachusetts General Hospital/Harvard Medical School, and spent 17 years (some overlapping) as a senior faculty administrator at Hebrew College where he was Dean of the School of Jewish Music, founded the Cantor-Educator Program and laid the groundwork for the Rav-Hazzan Program. At HC he also founded the Jewish Special Education program and served as the inaugural Korman Family Professor of Jewish Special Education (the first of its kind in the country) while teaching simultaneously in the School of Jewish Music and the Rabbinical School.

Sokol was the first cantorial student to receive a Wexner Graduate Fellowship; he also was a Fulbright Scholar and received many awards including the Young Scientist Award from the American Psychological Association and the Benjamin Shevach Memorial Award for Outstanding Jewish Educational Leadership, Hebrew College’s highest honor.

Over his career Sokol has held several pulpits. He was the Hazzan and Spiritual Leader of Congregation Kehillath Israel in Brookline, Massachusetts for eleven years. He then moved to Temple Beth Sholom in Framingham, Massachusetts as part-time Hazzan for fifteen years, and interim rabbi for one year. During a portion of this time he also served as a part-time rabbi at Temple Emanuel in Marlborough, Massachusetts. These years offered him a rare opportunity to see both sides of the rabbi-cantor relationship, an area of practice he remains committed to enhancing.

Sokol has served two terms on the Executive Committee of the Cantors Assembly, and recently was the CA’s representative to the Committee on Jewish Law and Standards. He is delighted to be joining the clergy team at Temple Beth Torah, and bringing his family to the community.