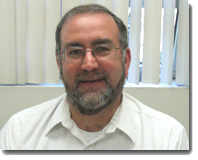 Michael Katz became the spiritual leader of Temple Beth Torah in 1979 and served as our Rabbi for over 41 years. Upon his retirement on November 30th 2020, Rabbi Katz was bestowed the distinguished title of Rabbi Emeritus.

In honor of Rabbi Katz’s contributions to TBT, its congregants and his unwavering dedication to Conservative Judaism and education, TBT has endowed The Rabbi Michael Katz Fund for Jewish Learning. The fund will be used for continuing Jewish education programs for adults and children, including outside speakers, Hebrew School programming, Adult Education programming and new and additional opportunities to learn including enhanced technology at TBT.

Born and raised in Philadelphia, Rabbi Katz received his B.A. from Temple University, and a Bachelors of Hebrew Literature from Gratz College. He was awarded a Masters Degree from the Jewish Theological Seminary, where he received his Rabbinic ordination. In 2005, JTS awarded the rabbi the degree of Doctor of Divinity.

Rabbi Katz has been strongly involved in the institutions of Conservative Judaism. He was a regional president of United Synagogue Youth; a staff member for twenty years at Camp Ramah; past president of the Rabbinical Assembly of Nassau-Suffolk; a founder of the Solomon Schechter High School; and a class Rabbi at the Schechter Day School of Nassau County, in Jericho. He also serves on the Conservative Bet Din, the Rabbinic Court supervising conversions on Long Island.

Rabbi Katz is the co-author of two books: SWIMMING IN THE SEA OF TALMUD

, and SEARCHING FOR MEANING IN MIDRASH

(Jewish Publication Society, 2000; 2002) and is Associate Editor of THE OBSERVANT LIFE

Rabbi Katz and his wife Fran are the parents of Ariel (and his wife Sarah Malka, who live in Jerusalem) and Eliana (and her husband Joel) and are grandparents of Chaim, Mimi, Racheli, Ayelet, Tali, Elchanan, Noa, Yitzhaky, Elisheva and Yael.

Below is a recording of the Retirement Ceremony of Rabbi Michael Katz.